You are here: Home / The North Farm Burgee 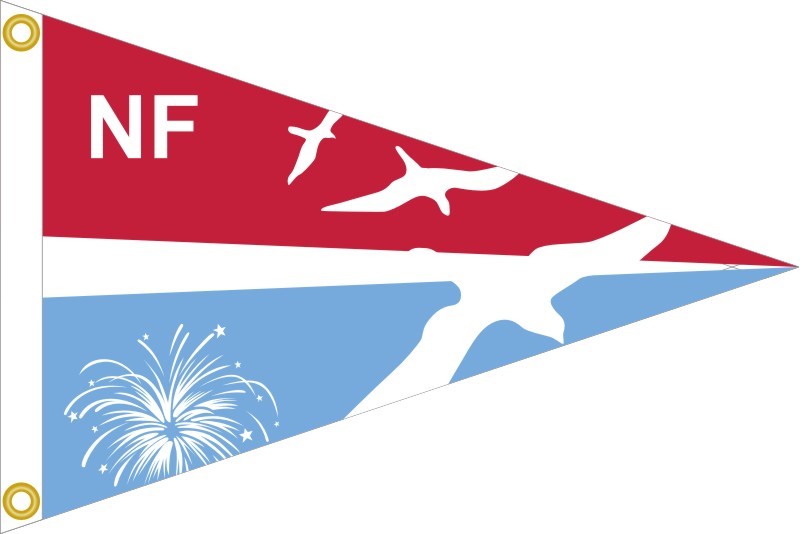 Definition of burgee.  1 : a flag used especially by ships for identification. 2 : the triangular identifying flag of a yacht club.  – Merriam-Webster Dictionary.

In June 2018 the North Farm Board of Governors formally adopted the design above as the official burgee for the condominium association.  The banner traditionally is flown from the starboard spreader of a sailboat’s mast or from a short pole at the bow of a motor boat. It is intended to demonstrate solidarity and camaraderie among boaters within a particular community.

Background: North Farm On the Bay was originally conceived as a nautically inspired enclave: its community center is called The Yacht Club, and its new décor strongly reflects that theme.  The pier, the guest moorings nearby plus the North Farm mooring in the Potter Cove anchorage off Prudence Island, and the dedicated boat storage yard all reinforce the nautical sentiment.

In keeping with that tradition, a series of articles in The Masthead newspaper led to a design competition. More than a third of homeowners responded in the balloting, and the winning sketch, from among ten entries, was submitted by NF resident Nancy Bowering.

For information on how to purchase an 18-inch-long flag for your boat, contact the North Farm office. The Waterfront Committee recommends flying the North Farm burgee when tying up to the Potter Cove mooring to identify yourself as a rightful user.